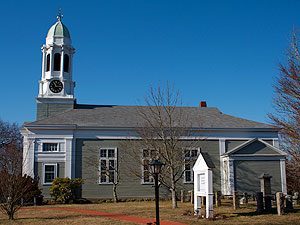 ponsibility for the operation and fiscal oversight of the district. The committee meets monthly on the second Tuesday at 4:00 PM at the Water Department office and the public is invited to attend. An annual meeting is held each year in May to present the Warrant of articles to be voted on by district residents.

William A. Jones, III : Was elected to the Prudential Committee in 2012. Bill retired in 2002 after serving on the Barnstable Fire Dept. for over 32 years, with 21 years as Fire Chief. He is a life-long resident of Barnstable Village. He is married to Barbara, a retired Barnstable teacher, who is involved in volunteer work. They have two grown children.

Andrew Miller: Was elected June of 2019.  Andrew is a Certified Public Accountant in Barnstable Village.  Andrew lives with his wife in their Barnstable home.

Peter Eastman: Peter was re-elected to the committee in May of 2022, after having already served from 2011 through 2017. Peter is the owner of Howard Boats and lived in Barnstable Village.